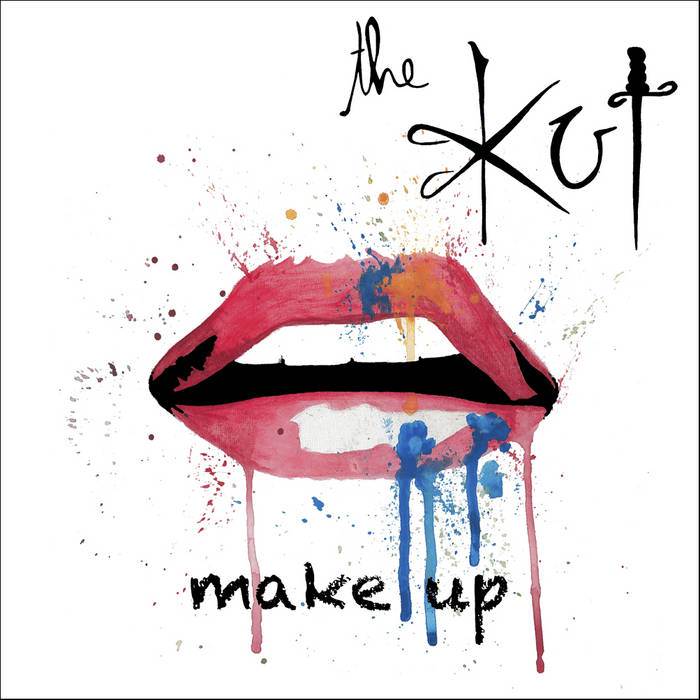 andy Been following these ladies for some time and they are doing so well. They deserve it as they are always touring and just making some cracking rock music.
Love 'em.

Graham Hildyard It's grungetastic! Vocal harmonies on No Trace are great!

The ‘Make Up’ EP Download also features video downloads for DMA, Closure and No Trace, whilst all CD copies are signed and feature links to download the videos.

Inspired by bands like Deftones, L7, Hole, Incubus, Placebo, Nirvana, Faith No More and others, The Kut are a London basement rock trio. Having been voted into in the winning spots for MTV UK Brand New Unsigned 2014 Poll, the Make Up EP was produced by James LeRock Loughrey (Skindred / White Zombie / My Vitriol / Page & Plant / Def Leppard), featuring 3 new tracks plus 2 previous releases ‘DMA’ and ‘Closure’.

The first single from the EP, ‘No Trace’ is a dark and emotive track, already spending 3 weeks in the Scuzz Most Wanted Rock Chart, as well as playlisted on their 'All-Stars of Rock Show'. ‘No Trace’ has also been played extensively by Alex Baker on Kerrang! Radio and picked up by BBC Introducing in Lancashire and Oxford. The band were invited in for a BBC Introducing live set, where they performed a 4 song set from the Blackburn studios. The track is also on the playlist at major UK clubs including Club NME and Medication. Outside of the UK, the ‘No Trace’ video was playlisted on Putpat TV (Germany, Switzerland, Austria) with a number of USA stations also including the track on their playlists or in their ‘Jam it or Slam it’ features.

Visit the official release website for 'Waiting for Christmas' @ www.waiting4christmas.com

Bandcamp Daily  your guide to the world of Bandcamp

MF DOOM is given his flowers, plus appearances from MC Jada Imani and Stanley Ipkuss